The Silver Spitfire : The Legendary WWII RAF Fighter Pilot in his Own Words

2 in stock (can be backordered)

A brilliantly vivid Second World War memoir by one of ‘the Few’ Spitfire fighter pilots. Following the D-Day landings, Battle of Britain hero Tom Neil was assigned as an RAF liaison to an American fighter squadron. As the Allies pushed east, Neil commandeered an abandoned Spitfire as his own personal aeroplane.

Erasing any evidence of its provenance and stripping it down to bare metal, it became the RAF’s only silver Spitfire. Alongside his US comrades, he took the silver Spitfire into battle until, with the war’s end, he was forced to make a difficult decision. Faced with too many questions about the mysterious rogue fighter, he contemplated increasingly desperate measures to offload it, including bailing out mid-Channel.

He eventually left the Spitfire at Worthy Down, never to be seen again. THE SILVER SPITFIRE is the first-hand, gripping story of Neil’s heroic experience as an RAF fighter pilot and his reminiscences with his very own personal Spitfire.

Be the first to review “The Silver Spitfire : The Legendary WWII RAF Fighter Pilot in his Own Words” Cancel reply 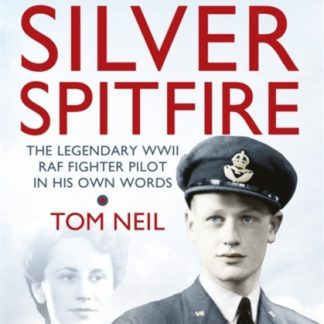 You're viewing: The Silver Spitfire : The Legendary WWII RAF Fighter Pilot in his Own Words £8.99
Add to basket