An epic, fate-fighting adventure like no other.A stunningly imagined new series, destined to be a classic. In a re-imagined world, the Empire of Albion is ruled by science. Everyone’s destiny is pre-determined by a track of stars on their wrist, and 13-year-old Paisley Fitzwilliam discovers that her fate is to die before her fourteenth year.

But when her mother goes missing and is presumed dead; there is nobody left to protect her Dragon Touched brother Dax. So begins a breath-taking adventure through Floating Boroughs, a vault guarded by Dragon Walkers, and the dark sewers of lower London. To save her brother, Paisley must unlock an ancient secret that will not only defy her stars, but will change the course of history forever .

. . For fans of Nevermoor and Philip Pullman.

Be the first to review “The Nightsilver Promise” Cancel reply 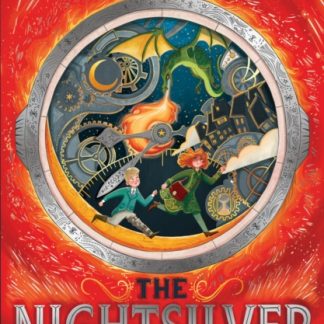 You're viewing: The Nightsilver Promise £7.99
Add to basket