The Super-Secret Diary of Holly Hopkinson: This Is Going To Be a Fiasco : Book 1

A charming domestic comedy, with a dash of magic, and the occasional moment of mayhem! These are the memoirs of ME, Holly Hopkinson, aged almost ten, except without any of the rubbish adults usually put in, thank you very much. My dad just lost his job, which means me and the rest of my family have to leave London and move to the middle of nowhere, which is a TOTAL DISASTER! There’s no Wi-Fi, the local kids are FERAL and there’s animal poo EVERYWHERE. But then for my birthday, my eccentric aunt gave me a magic pocket watch, which I can use to hypnotise and CONTROL people.

I actually wanted a new phone, but I won’t complain because this new power is REALLY FUN and has led to the MOST unexpected things – including a visit to the QUEEN. Maybe the countryside isn’t so bad after all…

Be the first to review “The Super-Secret Diary of Holly Hopkinson: This Is Going To Be a Fiasco : Book 1” Cancel reply

Thanks to @Room119TFLince for stopping by to drop off copies of #Room119WhitbyTrader and #funicular both now in stock at £8.99 in paperback #chapteroneloftus #indieloftus #readingcommunity #bookshopsareback 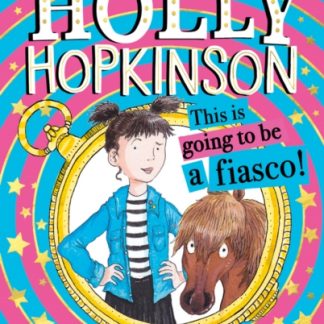 You're viewing: The Super-Secret Diary of Holly Hopkinson: This Is Going To Be a Fiasco : Book 1 £6.99
Add to basket