An epic story of changing times, courage and a love story only made possible by war. ‘A rich and skilful novel dramatizing how the war changed so many lives’ Elizabeth Buchan For Jack, orphaned and homeless after the Blitz, a new life begins in the Merchant Navy. As he waits for the ships to gather in a secret Scottish harbour, he meets Olivia – adrift from her sheltered home, yet relishing her new freedoms.

Before the war, they would never have met. But these are extraordinary times, and the only choice is to live like there is no tomorrow. Praise for this epic, heart-rending debut: ‘An emotional and memorable read’ Woman’s Own ‘A story about class changing conventions, as much as it is a war story .

. . De Haan writes with depth and compassion’ Times ‘The sure-footedness of a pro – a remarkable debut’ Jeffrey Archer

Be the first to review “The Restless Sea” Cancel reply 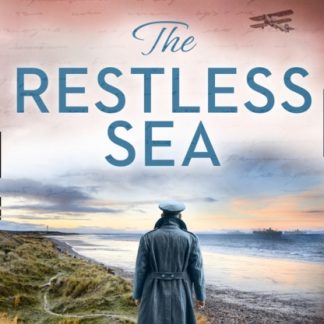 You're viewing: The Restless Sea £7.99
Add to basket